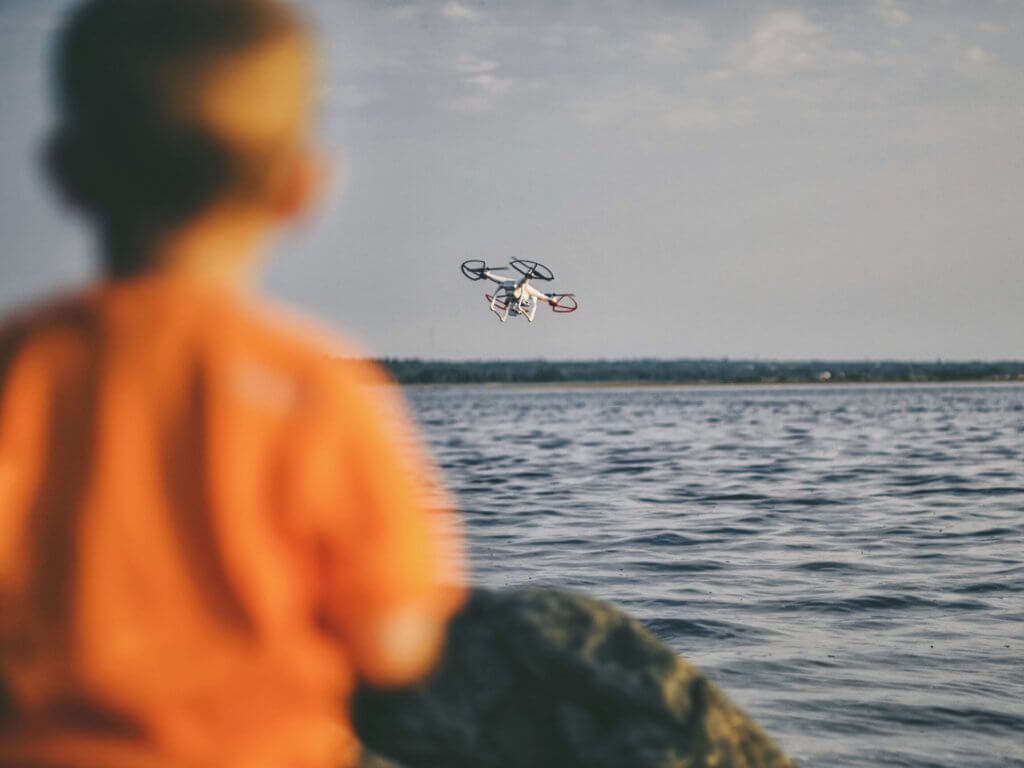 If you think your child is taking interest in flying their own craft, then it should be a perfect idea to foster their fascination with a drone. You can buy a mini-drone that is safe to pilot in a recreation room, or you can find a larger drone that has stable flight and can capture incredible aerial footage as well.

In our list below, most of the machines in our list below are drones for kids or beginners that are easy to operate. They’re available in different styles and sizes, and some of them include different difficulty levels that can be used to build your child’s flying skills.

The Syma X11 RC Quadcopter has a flight time of seven minutes with a maximum range of 130 feet. It has no camera on board and weighs just 1.3 ounces. To fly this drone, the recommended age for your child is at least 14 years.

This drone doesn’t have a camera but it can still provide your kid the excitement of flying a drone. It features 6-axis stabilization which ensures smooth flight and makes it easy to operate both indoors and outdoors. The drone’s propellers are protected by the propeller guards in case of any crashes and you also get four extra set of propellers with it.

The Holy Stone HS100 has an impressive flying time of 15 minutes with a maximum range of 150 meters. It comes with a 720p HD camera and has a weight of 24.7 ounces. The recommended age for this drone is 16 years and above.

The HS100 is the best choice for someone who is looking to practice advanced flying skills and capture HD aerial footage. It features a one-touch Return-to-Home Function and also includes GPS assistance which helps the drone understand the terrain better.

The DROCON Mini RC has a maximum range of 40 meters and provides a flight time of seven minutes. It weighs 10.4 ounces and doesn’t include the camera. It also includes propeller protection, making it rank highly among drones for kids.

This drone is best suited for children 14 years and older. It has the ability to do 360-degree flips, roll forwards, backwards, left, and right. It also features “Headless Mode” which aligns the drone movements to be relative to the controller. So it doesn’t matter where the forward direction of the drone is pointing; when you push the forward button the drone flies away from you.

The Holy Stone HS160 can stay airborne for nine minutes and gives you around 30 meters of flight range. It features a 720p HD camera and weighs 83 grams.

The portable design and folding structure of this drone allow your kid to carry it in their pocket like a cellphone. It can be controlled with an app that can be installed on any smartphone. The HS160 also features 3D VR compatibility modes which allow your kid to fly the drone using a VR headset. The age range to fly this aircraft is 14 years and above.

The DROCON Bugs 3 can fly up to 18 minutes and is able to travel 300-500 meters in any direction. It includes a 720p camera that can capture two-megapixel wide-angle images. This drone is equipped with a mount where you can fit any standard GoPro model camera. It has a weight of 2.65 pounds, which is the only downside of this drone. The Bugs 3 is also equipped with brushless motors to achieve fast speeds and prevent overheating. It’s suitable for the kids 14 years and up.

The Potensic A20 Mini Drone provides a flight time of 10 minutes and has a 50 foot flying range. It has a small weight of four ounces and doesn’t include the camera.

This mini-drone is recommended for the kids between 14-17 years old. It comes with several kid-friendly features which make it a perfect toy drone. There are other adjustable options available in this drone for easy flying. You can adjust the speed, and also it is equipped with an altitude hold mode which locks the drone into a hovering pattern when your little one releases the control stick. This prevents the craft from possible crashes and makes it one of the best drones for kids on the market.

When looking for drones for kids, the Holy Stone HS170 Predator is an excellent choice for beginners. Its eight-ounce weight and small size allow your kid to easily fly this drone both indoors and outdoors. The LED lights make it easy to distinguish between its front and back, and it has a headless flight system for easy launch.

It also comes with gyro stabilization feature which makes it easy to control against the wind. The HS170 Predator has no camera onboard but it certainly gives an amazing flying experience. This inexpensive drone has a flight time of around eight minutes with a maximum flying range of 160 feet. Your kid should be at least 18 years old to fly this drone.

The Holy Stone U818A is priced a little higher than its sibling, the HS170 Predator. It has an outstanding range of 250 to 260 feet and a 720p HD camera to give your kid a great flight experience. Its remote features an LCD screen to display the flight status, while the one-key return function guarantees that you will never lose the drone.

The build quality of the U818A ensures the ability to withstand many crashes and still remain intact. It can remain airborne for about eight minutes and the minimum recommended age is 14.

The Hubsan X4 H107L can be easily operated by beginners and children in normal mode but in expert mode, it also packs some amazing features for drone enthusiasts. It lacks the basic stability controls and rotor guards, which means it won’t survive the crash. This craft is designed for intermediate level drone pilots and isn’t one of the most ideal drones for kids who are flying their first machine.

The X4 lacks a camera, but it can amaze your child with its forward and backward flips, and barrel rolls at very fast speeds. It’s a portable drone and can easily fit into a pocket. It has a flight time of around eight minutes and a maximum range of 100 meters.

The BLADE Nano is currently one of the smallest drones available on the market. Its small size makes it a capable drone to fly in small spaces like in your living room. It’s completely a beginner level drone equipped with SAFE (Sensor Assisted Flight Envelope) technology to give it increased stability and ease of flight, and that makes it a perfect drone for kids. It can fly up to eight minutes and has a range of 40 feet. It doesn’t feature a camera and is suitable for 14 years old and above.

Choosing the Best Drones for Kids

Finding the best drones for kids can sometimes be a challenge because it’s most likely that they will break it apart within no time if your selection is not perfect for kids. An easy to fly drone with great build quality should be a preferable choice for your little one.

In our list above, we have selected some of the best drones for beginners. These super flying machines will give kids not only a wonderful flying experience but also help them build some great drone flying skills.