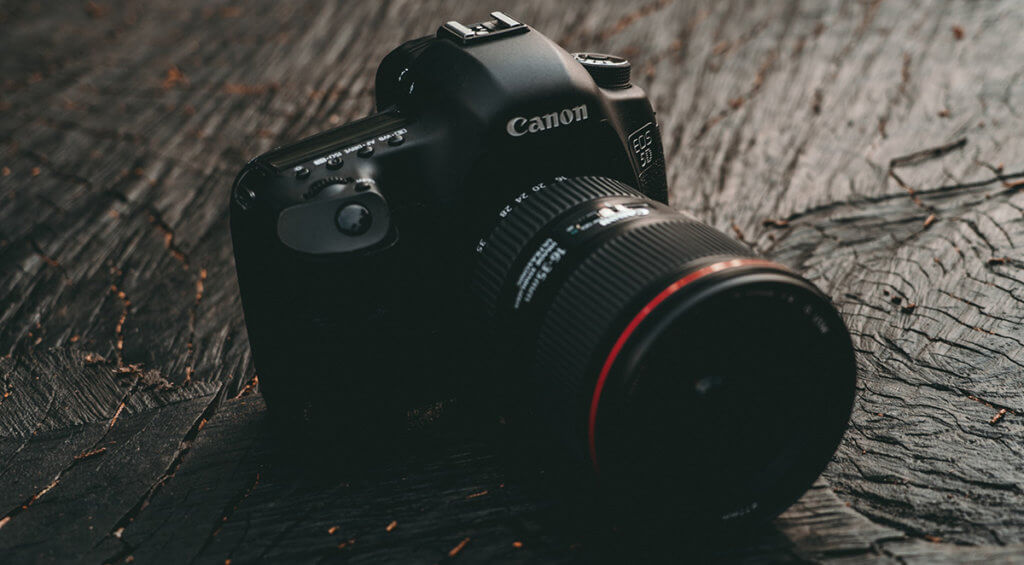 One thing is for sure, when you need the best Canon cameras for everyday use, you’re not short on choice. There are a plethora of options out there from point-and-shoot solutions through the whole range of DSLRs, down to the latest mirrorless versions.

If you only need to capture a few snaps on vacation, then a point-and-shoot solution is the ticket. The DLSR range runs from the enthusiast models up to the pro solutions. Then, there are the latest mirrorless models, such as the EOS R5, R6, and the still-very-capable EOS RP.

As even the most basic of cameras these days can shoot video, they are a good option for YouTubers, with ever-progressing feature sets. So, if video is more your thing and you need great results, there should be something in the Canon lineup for everybody.

For everyday usage, we could have easily gone with the cutting-edge Canon EOS R5 or slightly lesser versions of the EOS R or RP cameras. Instead, we have opted for the better-rounded workings of the EOS R6, which still provides a full-frame sensor and all the latest goodies of the Nikon Z6 and Sony a7 III mirrorless cameras.

As this camera is aimed at the enthusiast level, it features a 20MPD CMOS sensor, with a rapid 12 fps of continuous shooting, an extremely wide sensitivity of ISO 100-10,2400, and the ability to shoot 4K video up to 60 fps with an advanced feature set. You’re not short of AF points either, with 1,053 areas covering the majority of the frame. Plus, subject tracking is better than ever with the Dual Pixel CMOS AF system and Face Tracking.

Another impressive area is the eight stops of compensation image stabilization system, which means low-light performance has never been better. The only real downside to this camera is the meager (by today’s standards) 20.1MP resolution. Also, being a very new model at the time of writing, it’s still quite pricey, but in every other respect, the EOS R6 is an amazing all-around camera.

The Canon EOS 5D Mark IV still holds up as a solid and professional workhorse camera, which proves the DSLR platform still has legs. For those who prefer an as-you-see-it optical viewfinder and far better battery life, the DLSR is still a winner.

The 5D Mark IV offers a 30.4MP full-frame CMOS sensor, can shoot 4K video with the sensitivity range of ISO 100-32,000, seven fps of continuous shooting, and a respectable-for-this-generation-of-camera 61 AF points. All wrapped around a fully weatherproofed magnesium alloy body.

The reason why the 5D Mark IV still holds up is because it has a fantastic, rounded feature set, with very respectable low-light capabilities, which still produces smooth images at high ISO levels. While the 4K video side of things has a big crop factor and 30.4MP isn’t the highest resolution these days, our Canon EOS 5D Mark IV review concludes that it is still a great all-around solution.

If you’re looking at mirrorless Canon cameras for everyday use without the hefty price tag of the more pro solutions, the Canon EOS M6 Mark II is a likely option. The camera features a 32.5MP APS-C sensor, a very fast 14 fps or 30 fps RAW Burst mode, and an ISO range of 100-25,600. It can shoot 4K video at 30 fps.

The AF system is also very capable with 5,481 points, with additional features such as Eye AF Servo, Dual Pixel CMOS AF, and Movie Servo AF mode. The EOS M6 Mark II proves that the M series of cameras is now up to muster, as well as being a rounded imaging device. Now it just needs the M series of lenses to take up the slack. Our Canon EOS M6 Mark II review goes more in depth on the hardware and features.

As a very compact and portable point-and-shoot solution, the Canon PowerShot G7 X Mark II is a good all-rounder for stills and very capable as a straightforward vlogging solution. Weighing in at only 320g, the one-inch CMOS sensor offers a 20.1MP resolution, with a reasonably-capable ISO of 125-12,800, HD video at 60 fps, and a 4.2x optical zoom lens.

The glass on this camera covers an equivalent 24-100mm focal range, with a better-than-expected f/1.8-f/2.8 aperture, which works remarkably well in low-light conditions. The camera also comes with an image stabilization system with multiple modes, which works extremely well for both stills and video.

The G7 X Mark III is now available with full, uncropped 4K video, which will work great for the vloggers out there. But if your primary concern is stills shooting, both versions have the 20.1MP sensor with each providing excellent results. Read our full review of the Canon PowerShot G7 X Mark II to get a better idea of the features.

I know recommending a DSLR from 2010 with an 18MP sensor, only nine AF points, and quite a limited ISO range of 100-6,400 may seem almost redundant these days. But after playing with this camera recently, it’s more capable than you would initially think. The camera can also be picked up for next to nothing, as the vast swathes of people want the latest and greatest stuff.

The 18MP CMOS APS-C sensor and the DIGIC 4 Image Processor may not be the most rapid by today’s standards, but for general, everyday shooting, the camera can still provide very good results.

Due to the limited ISO range, past ISO 600 you will either need a Speedlight or you’ll deal with image noise. But if you work within its parameters and use a good-quality lens, the results are very good. This basically shows that with good-quality glass strapped to a camera, most DSLRs made in the last 10 years are good performers.

I initially started playing with the Rebel T2i as a second camera for podcasting, mainly due to its extremely budget price of only $170. After a bit of tinkering, workarounds, and feeding the thing with a decent amount of light, the T2i produced very respectable HD results, far better than you would expect for its price point.

In other words, the savings that you make on this camera body can go into a budget Canon prime lens, which will more than make up the difference. Also, being a digital SLR body, it can be used in either fully automatic or manual mode, with the scope to grow your skills until you want to lay down your cash on a more expensive version.

With so much scope of choice these days, the Canon cameras for everyday use you look at will largely be dependent on your individual budget.

If you want the latest, singing and dancing version, then you can’t go wrong with the Canon EOS R6. But if you don’t mind an older model and need a more entry-level solution to get you started, don’t discount the EOS Rebel T2i with its basic, but still capable, feature set.