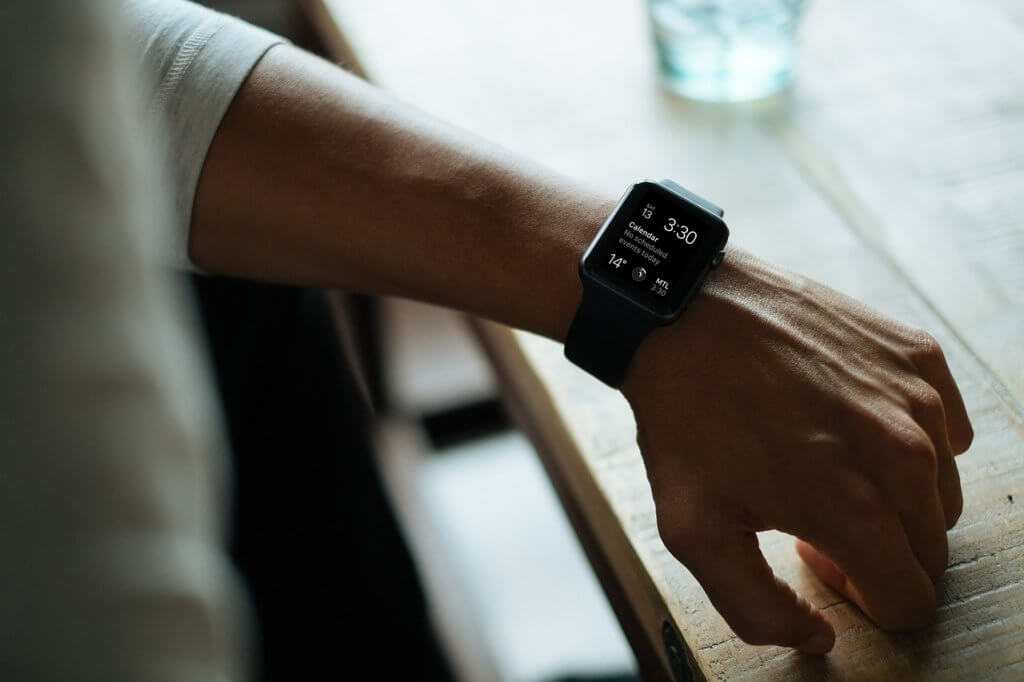 Smartwatches are increasingly becoming a necessity. For starters, there’s very little chance of you losing something that is attached to your wrist. A smartwatch is a compact yet powerful device to keep track of your entire day and perform various essential tasks smoothly.

One of the most innovative devices produced by the tech giant Apple is its Apple Watch. A dandy little watch with all the features of a smartphone except its camera. Now, instead of carrying around your iPhone, you can have all its features in this fashionable, yet handy, watch.

With five different series of Apple Watches, you may not know which one to get. We’ve reviewed the Apple Watch Series 2, 3, 4, and 5 for you down below.

The Apple Series 2 is considered better than its previous counterpart with regards to the new features it has. Apple released this improved version with longer battery life, water-resistance, and a GPS feature. These are all very useful tools and made the Apple Series 2 more attractive than the first version.

Apart from the new GPS feature to help track miles during jogging, a swim tracker, and faster processor were added. This made the watch even better for people who practiced plenty of sports. Moreover, like most fitness trackers on the market, it bears a heart rate monitor at the back of the watch.

The water-resistant mode is automatically activated when swim tracking is turned on. The watch bears a compartment that stores water if it enters. After the swim, this compartment can be set to eject the water.

Dynamically speaking, the watch is of moderate weight. It is not a burden to wear. The screen dimensions are the same as the last watch with a 1.65-inch display and a 390×312 OLED system. Also, it does not scratch easily!

The watch’s thickness increased by 1mm — an an unnoticeable change. Its display and brightness are commendable, and the screen is easy to read even under sunlight. This is another pro for people practicing outdoor sports. The watch also comes with a changeable sports band which is sometimes hard to change.

Apple Series 2 was originally released in September 2016 but is not available officially from Apple anymore. It can be purchased from third-party buyers, but it is very rare and hard to find.

Although the Apple Series 3 watch is not as impressive as the newer generation Apple Watches, it is still commendable.  The Apple Series 3 Watch comes in a 38mm screen as well as a 42mm screen, with an Aluminum casing and two color options: silver and space grey. The watch uses a sports band and straps can be changed.

For all the sports buffs out there, Apple has introduced the Space Grey Aluminum Nike+ model as well. This model is available with an attractive Nike Sports Band that comes in an edgy Anthracite or Black color.

The best feature of the Apple Series 3, which was the talk of the town upon initial launch, is the fact that it has a GPS + Cellular connectivity model. However, if you’re in the UK, this model will only be supported by the carriers EE and Vodafone.

Essentially it means that you can only use the cellular features of the Series 3 Apple Watch if you have one of these carriers. If mobile connectivity isn’t important to you, you can always opt for the much cheaper GPS-only Series 3 model.

The Series 3 Apple Watch is the OG smartwatch for Apple. It is as necessary as it gets but gets the job done without any fuss. Sure it is a little lackluster and sluggish, but for what it’s worth it is truly a steal.

A definite improvement from previous versions, the Apple Watch Series 4 hit stores September 21, 2018. It has an impressive display and screen, alongside an updated processor that is noticeably faster.

However, there are also noticeable downsides to the device. To begin with, its price upon release was significantly higher than the last one, and battery life has not been improved.

The apps are still pretty limited, with no significant improvement. It is not compatible with Android, the same way most Apple products are not. Despite these flaws, Apple fans went crazy over the watch when it came out, and technology lovers everywhere made sure to grab one for themselves.

The processor quality is impressive, and this really helped it run smoothly. It responds within an instance and does not keep you waiting. This was a hugely welcome change. The faster, the better! Apart from this, it is quite similar to the Apple Watch Series 3.

The Series 4 comes with an ECG feature (electrocardiogram) which takes the watch to a new level, health-wise. The technology is FDA approved and can check for problems in heart rate, like a nurse that sits permanently on your wrist. The GPS battery life shows slight improvement, too, but it is not significant and could be much better.

The watch came out with WatchOS 5, which bumped up the watch’s functioning quality, as is promised with every OS update. The audio is also remarkably better. The speaker volume is louder, and the device catches phrases you say much better than the older Apple Watches did.

The display is larger, at 40 and 44mm. The Series 3’s sizes were 38 and 42mm. This was another welcome change. It is also slightly thinner than the Series 3.

Overall, the Apple Watch Series 4 is an improvement from the previous versions, but mainly in terms of processor speed. There is virtually no waiting time. Audio and display size are also better, but the jump is not as great as we wished it would have been.

Apple released its Series 5 Watch on 20 September 2019, followed by the discontinuation of the Series 4 watches. The interruption makes sense though since the Series 5 apple watches are simply a more polished version of the older generation Series 4 watches. So having both products on the market at the same time would be redundant. Though expensive, the Apple Watch Series 5 is by far the best smartwatch money can buy in today’s day and age.

The Apple Series 5 watches come in two sizes, which are 40mm and 44mm, and have a variety of casings, colors, and straps. This Series is a sleek, engineering masterpiece and a must-have for tech-savvy people who don’t mind spending a little extra on gadgets.

This redesigned Apple watch is 10.7mm in thickness, has 5ATM waterproof technology, an LTPO OLED Always-On Retina display with Force Touch, and an edge-to-edge display.

The Always-On Retina display on the Series 5 Apple Watch is unlike any other! The Always-On display on this smartwatch is capable of displaying a dimmed out version of whatever information you generally have on your watch’s screen.

The Apple Series 5 watches have an in-built S5 processor, a W3 wireless chip, an electrical heart sensor, fall detection, a built-in compass, a Bluetooth 5.0, and even international emergency calling.

Like the older Series 3 and 4 Apple Watches, the Series 5 also has a barometric altimeter, accelerometer, gyroscope, 802.11b/g/n 2.4GHz Wi-Fi, and an 18-hour battery life.

Some features incline towards providing better health monitoring such as the heart monitor which now also includes ECG functionality, cycle tracking for females, and even a fall detector.

Overall, the Series 5 Apple Watch is a fancier, faster and more powerful smartwatch than its predecessors. It also, however, comes with a much higher price tag. What you have to decide for yourself is if the features are worth paying extra for. The Series 5 Apple Watch not only performs excellently, but it also looks exquisite. There is a wide variety of styles to choose between.

The Series 3 Apple Watch isn’t a wrong choice either. It is a nifty gadget with basic versions of most of the Series 5 Apple Watch’s features. It is reasonable and an excellent place to start if you’re looking for a great, basic smartwatch that is light on the pocket as well.