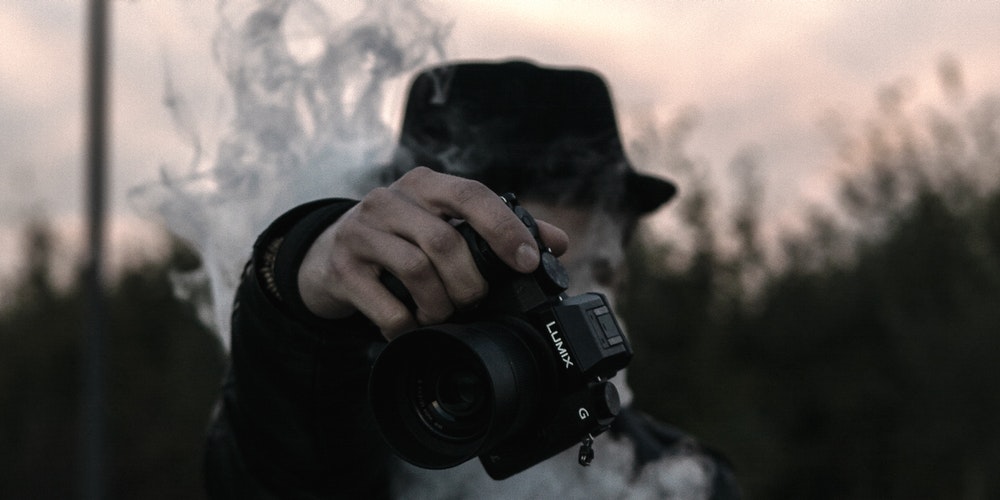 Modern technology has invaded every field, and photography is no exception. There have been major leaps in compact camera technology, and as a result, they are now able to easily compete with their bigger counterparts. New lenses, smaller more powerful components and operating circuits, as well as the advent of artificial intelligence cameras, have all compounded to bring us some of the best compact cameras that have ever been made.

Each of these small cameras is outstanding on their own, but when used with a good tripod or in a decent setting, these cameras can deliver pictures of the highest quality. Best of all, you don’t have to break the bank to get a high-tech compact camera. In this article we will look at affordable compact cameras you can buy for less than $300.

As one of the leading affordable compact cameras, the Panasonic LUMIX DC-FZ80 is perfect if you are looking for a decent high-resolution camera that can still deal with the strain of zooming and continuous auto-focusing. Able to capture full HD and 4K video, the LUMIX can also capture full 4K images by using its advanced systems to control white balance and background focus.

And if that isn’t enough, this camera can shoot 30 image frames per second. The viewfinder on the LUMIX is also incredibly bright, which helps greatly when you are taking pictures outside or in a bright setting.

If you are looking for a camera that is on the doorstep of a DSLR but still functions as a superb point and shoot, then this is the camera for you. With 40x optical zoom, the Nikon COOLPIX B500 performs well when you try to take a shot in the distance. This camera also does a good job up close thanks to its wide variety of shooting modes giving the user the ability to select the perfect mode for every shot.

The fact that the Nikon COOLPIX has extras such as Bluetooth and WIFI connectivity makes this camera even more desirable. Its compact design allows you to easily carry the camera around without being hindered.

Canon is known as one of the greats in camera technology. The well-reputed brand proves its superiority again with the PowerShot SX720 HS. As one of the smallest cameras available with this amount of power, the SX720 can easily be carried around with you. This camera is definitely at the head of the pack of affordable compact cameras.

It features a range of impressive shooting modes but also allows you to take full control in manual mode. Manual mode is especially useful if you are learning about photography and want to see how you can improve your images.

The Samsung WB350F packs quite a lot of power in a compact, stylish design. The camera features a 16.3MP CMOS sensor, giving you the ability to take professional-grade photographs. The WB350F comes equipped with built-in NFC, as well as Wi-Fi connectivity options making sharing photographs directly from the camera to your smartphone and other devices quick, easy, and effortless.

You also get access to a 3.0-inch touch display, as well as the ability to record video in 1080p resolution. The camera is available in a large variety of colors, including white, black, and more. The built-in SMART features make uploading photos to social media and sending them as email attachments a breeze.

Next up is the Canon PowerShot ELPH 180, another compact option that doesn’t only come at a low price but also packs a punch. The camera is available in two modern colors, including silver and a glossy red. The ELPH 180 comes with a 20.0MP CCD sensor, which, due to its large size, is able to deliver more details in a photograph.

The sensor is combined with image processing technology known as DIGIC 4+, providing further improvement in the quality of the photos you can take with the camera. In addition to its quality photos, you can also record videos in 720p HD resolution.

Panasonic has done well with its range of LUMIX cameras, and the DMC-ZS60 is no exception. With a small and incredibly compact design, Panasonic has managed to cram an incredible amount of processing power into such a small camera.

This power includes a 30x optical zoom, an 18-megapixel lens, and the ability to record video in full 4K resolution or at 30 frames per second. All this comes neatly packaged in a camera that also performs incredibly well in low-light situations and has an impressive auto-focus option that can lock onto any particular focus object and track it.

No list of good cameras would be complete without the appearance of a Leica camera. The SOFORT instant camera is one of the many instant-print cameras that are beginning to storm the market. This Leica alternative makes use of an optical viewfinder so you can preview your shot before capturing it. You will be able to choose from three focus options (close, mid, and far) to be able to best select what you would like in focus on in your picture.

The shutter is mechanical and brings a sense of the good old days to each image you take. The photos are then printed on film slots which can easily be replenished by opening the back of the camera and slotting some more in. Leica doesn’t disappoint with this addition to the list of affordable compact cameras.

The 20 megapixels in the PIXPRO AZ652 are aided by a special CMOS sensor to bring you images in which every detail is clear and crisp. This camera offers a 65x optical zoom that will allow you to hone in on things from afar and still capture a decent shot.

Also offering built-in WiFi to help transfer your photos, Kodak has also seen fit to include USB charging of the battery while it is still in the camera-something that nobody would ever complain about having. And if all those features don’t sell you on the PIXPRO, the camera has a bust image rate of five frames per second, which is no mean feat for such a small camera.

As one of the cheapest cameras available nowadays, the Sony DSCW-800 makes use of an impressive stabilization system and face detection algorithm that many do not expect to see in such affordable compact cameras. This advanced feature at a low cost is balanced out by the fact that the device offers no WIFI features nor the capability to record video in full HD.

However, for a camera in this price range, the 20.1-megapixel camera does an amazing job of taking clear and focused images. Thanks to the small and compact design of the Sony DSCW-800 body, it does that while fitting in the palm of your hand

Many people assume that being a decent photographer and taking stunning photographs requires a fully equipped DSLR camera that has all the bells and whistles. The small cameras we listed in this article seek to prove otherwise, however. With a wide range of features, some of which rival even the best DSLR cameras, and the experience of some of the best brand names in photography equipment on the planet, these affordable compact cameras are perfect for almost anyone.

The above picks are suitable for anybody who wants to delve into the world of photography, those who simply want great images without the price tag of a modern DSLR camera, as well as everybody who just wants to buy a decent compact camera that is small enough to carry around without breaking the bank.