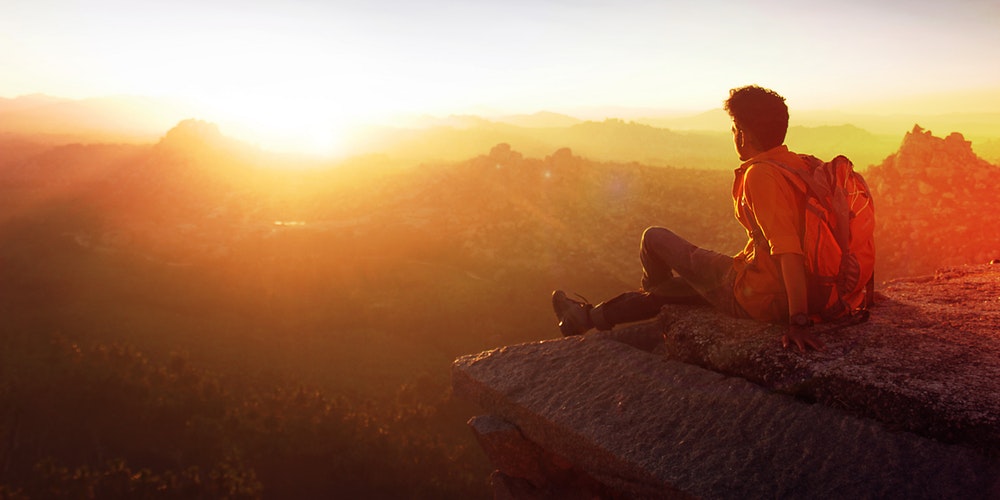 If you love adventure, you know the importance of taking along a good camera on your trip. You may need to snap some shots for Instagram or simply want some photos so you can look back at fond memories later in life.

When searching for an adventure camera, the most important things to look out for are the camera’s image stabilization, waterproofing, and low-light shooting, all of which are essential elements of adventure photography.

“Adventure camera” is interchangeable with the term “action camera” because they both serve the same purpose, and have similar products that fall under their categories. Adventure, or action, cameras have special in-built settings that allow for low-light shots and also stabilize moving objects.

It’s hard to take stable shots when on an adventure, so these are both amazing options. Waterproof versions are a bonus because you can use them in watery terrains, like by riversides and lakes.

Compiled below are our picks for the best adventure cameras of the season; timeless and spectacular, these cameras are the final piece of the jigsaw to complete your adventure story!

The HERO8 is waterproof up to 10m (33ft) without the use of an outer case, which, if added, will make this a durable travel camera. It has the following video options: 4K video at 60fps, 2.7K video at 120fps, and 1080p at 240fps. The stills resolution for photography is 12MP. Its battery life typically runs between one to two hours but can be easily stretched out to even three if use is moderate.

The GoPro HERO8 has an exciting frameless design that comes with two “folding fingers” smartly located at the base of the camera. These “fingers” are magnetic and remain flat and unopened when not in use, but, when opened, allow for the camera to be used with mount. Fantastic!

It has an impressive image stabilization ratio, which is vital for good adventure photography. The feature is called HyperSmooth 2.0 and is especially useful when shooting videos. It also has four digital lenses: SuperView, Wide, Narrow, and Linear, allowing you to shoot virtually any kind of photo that you like.

See the complete GoPro HERO8 review to find out more.

The DJI Osmo Action is an excellent competitor in the field of adventure cameras because of its superior features. This device weighs just 124g, just like the GoPro HERO8, but can go up to 11m underwater without being damaged. Its image and video resolutions are as follows: 4K video at 60fps, 1080 at 240fps, 720 up to 240fps, and a still resolution of 12MP.

Its battery life stretches between 63 and 135 minutes, depending on usage. It has a color front-facing screen and two built-in microphones for easy recording. It also flaunts a 2.25-inch touchscreen at the back, boosting its ease of use.

However, this device does not have live streaming support, if that’s what you require, but it more than makes up for this shortage because of all the other brilliant features it has. The image stabilization in this camera is unbeatable, making it one of the best adventure cameras in the market.

To get all the details, read our DJI Osmo Action review.

The SJ8 Pro is so light it practically floats! This camera weighs 85g and can fit inside your back pocket without any trouble. It is waterproof for up to 30m when paired with the complimentary camera housing, making it ideal for use in the sea or by other, smaller water bodies.

It also has seven lens layers for added clarity and a 6-axis image stabilization feature for powerful shots when on the go. The SJ8 is hence one of the best adventure cameras available.

The Sony RX0 II camera weighs 110g and is waterproof up to 10m underwater. It has an excellent 4K video option with 1080p at 1000fps and 720p at 1000fps, too. It has a one-inch sensor inside its small body, making it extremely powerful yet compact.

There is also a handy flip-up screen that’s great for vlogging. It has an impressive stills resolution of 15MP and battery life of 35 minutes to an hour. However, there is no touchscreen feature. Still, it has a 180-degree tiltable 1.5-inch rear screen, which more than makes up for the fact.

Find out more about about the camera in our Sony RX0 II review.

The GoPro Fusion is slightly heavier than most adventure cameras, but not heavy enough to weigh you down. It weighs 200g, which is not bad. It has a stills resolution of 18MP and a battery life spanning over an hour.

With dual recording, this camera can shoot videos at 5.2K/30fps and 3K/60fps. The image quality is fantastic, and video stabilization is commendable, not to mention a still resolution of a stunning 18MP. It also comes with a handy Fusion Grip handle, which is great for adventures and when traveling.

If you’d like to find out more, you can check out our in-depth GoPro Fusion review.

This device by TomTom weighs 190g, which is slightly heavier than most action cameras but still makes it easily portable. It is not fully waterproof but is undoubtedly splashproof with a lens swap option. It has a wide-angle shot feature and can record 4K video at 15fps, 1080p at 60fps, and 1720p at 120fps with a still resolution of 16MP.

This device has an excellent battery life of three hours. Its robust design makes it safe to travel with and take to adventurous terrains like rocky mountains or hilly deserts, as it will not damage easily. It is also compatible with GoPro mounts, which is a bonus. This device makes a fantastic travel companion and is guaranteed to last you a few years, if not more, depending on how well you take care of it.

Our full review of the TomTom Bandit has even more useful information if you want to know more.

This brilliant device is waterproof up to 30m, so if you plan on adventuring through wetlands, marshes, or the sea, this one’s for you. However, it is slightly heavy at 180g. It can record 4K videos at 30fps, 1080 at 60fps, and 720 at 240 fps with a still resolution of 7.2MP, which is not the best, but not too weak either.

The Olympus Tough TG-Tracker has an excellent battery life of three hours, which is very handy for adventurers. However, you cannot snap selfies with this one because the screen, even though it flips out, cannot face forwards.

To learn more about this waterproof camera, head on over to our Olympus Tough TG-Tracker review.

It comes with a stills resolution of 12MP and battery life spanning two hours. Its low-profile design is alluring and sporty. This device also has impressive audio quality, making it the ideal adventure camera for those who love to shoot videos. However, it lacks stabilization above 1080p.

This powerful device weighs 94g, making it lightweight and portable. It is not naturally waterproof but does have an additional waterproofing case available. The video recording details are as follows: 4K at 30 fps, 1080p at 120 fps, and 720p at 240 fps. It has a stills resolution of 12MP with a brilliant 2-hour long battery life.

It also has the option for USB-C charging, making it an excellent camera for travels and adventures. Its screen has a brilliant resolution, yielding excellent pictures and videos. It also shows up very nicely under harsh lightings, like natural sunlight, which is a bonus for an adventure camera. And let’s not forget the handy voice-command function that sums it all up and makes this a competent camera for adventures.

Before purchasing a camera, you should look at all that it has to offer; go over the specs and details and see if the device sports the features you desire. Once you find a suitable option, go ahead and buy it. Adventure cameras are an excellent investment that will last you ages, so choose wisely!

Check out our action cameras buying guide for even more options.